Web research can be very useful and lead to much useful and important information. While every effort has been made to list only “reliable” sites, researchers should be aware that control of sites change (often without notice) from time to time and, thus, the reliability and point of view of the website may change (for better or worse). One of the best uses of web information is to locate good primary and secondary sources that should be directly examined. Websites also go out of existence, so, for scholarly work, they are not reliable sources, like a published work which, presumably, will always be available in some library (Library of Congress) for examination. Beware especially of quoting or otherwise relying upon unidentified opinions found on websites.
Basic guide to web research:

African Americans in the 21st Century

In February, two white men shot and killed Ahmaud Arbery, a black 25-year-old. On Thursday, roughly two months after his death, the men were arrested and charged for murder.

The Brunswick News reports that two people called 911 after seeing Arbery in their Brunswick, Georgia, neighborhood on February 23. One caller told the emergency dispatcher that Arbery was seen near a construction site and was running down the street. The second caller reported Arbery running down the street. Neither caller detailed a crime occurring, even when prompted by the dispatcher.

Nearly two months prior, a Smith & Wesson M&P 9mm pistol had been stolen from a pickup truck parked at the home of Travis McMichael, 34. He told police that his father, Gregory McMichael, 64, moved the pickup truck to another spot in front of the home and forgot to lock the vehicle. Shortly after, Travis found an empty handgun holster, indicating that the gun was stolen.

On the day of his death, the McMichaels chased Arbery in their truck with guns after seeing him run through the neighborhood. They told police that they believed he was the burglar. After the McMichaels took off after Arbery, they stopped their truck in the middle of the road, likely in an attempt to cut him off. Arbery struggled with one of the armed McMichaels while the other shot at him from the back of the pickup truck. Arbery then tried to run away but collapsed in the middle of the road.

Arbery’s family said the young man, a former all-star linebacker at Brunswick High, was simply jogging, as he often did. He was unarmed.

A video of the fatal confrontation has since gone viral:

NEWS: Graphic video appears to show Ahmaud Arbery, 25 of GA., whose family says he was out for a run, confronted by 2 men who shot him dead saying they thought he was a burglar. A prosecutor wants a grand jury to decide whether the men should be charged. pic.twitter.com/kEYYJW7UlM

According to the Georgia Bureau of Investigation (GBI), Travis is the one who ultimately killed Arbery.

It took two months for officials to bring charges against the McMichaels.

The Brunswick News reports that there were several conflicts of interest, seeing as the elder McMichael was a Glynn County police officer for seven years, followed by a 20-year career as an investigator for the Brunswick District Attorney’s (D.A.) Office. Brunswick D.A. Jackie Johnson recused herself and the case was assigned to Ware County D.A. George E. Barnhill. Barnhill also had to recuse himself after it was discovered that his son, George F. Barnhill, worked for the Brunswick D.A.

In a letter to Captain Tom Jump of the Glynn County Police Department (GCPD), Barnhill expressed his belief that the McMichaels conducted a legal citizen’s arrest. Because of this, the autopsy, and the video, Barnhill did “not see grounds for arrest.”

The case was turned over to Hinesville D.A. Tom Durden.

Following public outcry, both over the lack of arrests and Durden’s decision to wait on a grand jury, the GBI announced on Thursday that the McMichaels had been arrested and charged with murder and aggravated assault. The GBI also explained that it began investigating the shooting in partnership with Durden upon his request and received the case file earlier in the week.

Additionally, the GCPD, which conducted its own investigation into the shooting, had previously asked the GBI to investigate threats against the department and the release of the video showing Arbery’s death.

Attorney Lee Merritt, who is representing Arbery’s family, said the public’s attention was the “turning point” in the case.

.@MeritLaw said public outcry led to the arrests in the killing of Ahmaud Arbery. “I don’t think there would have been an arrest if there wasn’t outcry,” he said. “The video was already in the hands of investigators…Those who raised their voices…That was the turning point.”

Politicians, including U.S. Rep. Doug Collins, U.S. Sen. Kelly Loeffler, and Gov. Brian Kemp, have all expressed their support for the GBI’s investigation.

President Donald Trump offered his condolences “to the parents and to the loved ones of the young gentleman” on Thursday. Trump said he would receive a “full report” later in the evening.

Rep. Justin Amash, who is exploring a presidential run with the Libertarian Party, said Arbery’s death was a reminder that “we still do not live the truth that all are created equal.”

The horrific murder of Ahmaud Arbery in Georgia is a reminder that we still do not live the truth that all are created equal. He was gunned down without regard for his humanity. The video is sickening and heartbreaking, and his family deserves justice.

Amash also called out “double standards in law enforcement” while reacting to the McMichaels’ arrest.

Democratic presidential front-runner and former Vice President Joe Biden tweeted, “It is time for a swift, full, and transparent investigation into his murder.”

The video is clear: Ahmaud Arbery was killed in cold blood. My heart goes out to his family, who deserve justice and deserve it now. It is time for a swift, full, and transparent investigation into his murder. https://t.co/alvY5WjdHx

Groups like the American Civil Liberties Union compared Arbery’s death to Trayvon Martin’s 2012 “Stand Your Ground” death, in which George Zimmerman reported a “suspicious person” after seeing Martin in his Florida neighborhood. Martin was ultimately shot by Zimmerman, who was ultimately found not guilty of murder or manslaughter. (Martin was unarmed.)

Commentators across the political spectrum have also spoken out.

Civilians have organized a running campaign for Friday in support of Arbery. A Facebook page called “I RUN WITH MAUD” was created to bring attention to the shooting.

Know the Facts About Coronavirus (COVID-19)

Coronavirus (COVID-19), the new name for the disease being caused by the recent coronavirus, SARS-CoV-2 is all over the news. You may hear one thing from one source, then hear the opposite thing from another source. That makes it hard to know what’s true. Read the following to get the real facts about the disease.

What is Coronavirus (COVID-19)?

COVID-19 is a respiratory disease. It was first reported in China in December 2019. Because this is a new disease, doctors are still learning about it. You can expect them, along with other health experts, to provide new information about it frequently.

Common symptoms of COVID-19 include a fever, cough, and shortness of breath. The Centers for Disease Control and Prevention considers a person to have a fever when he or she has a measured temperature of at least 100.4 °F [38 °C]. These symptoms may occur 2 to 14 days after being exposed to the virus. Most people who come down with COVID-19 have mild symptoms. These symptoms can make you feel like you have the flu. However, some people have more severe symptoms. In these cases, the virus may lead to pneumonia.

How do people get Coronavirus (COVID-19)?

The most common way to get COVID-19 is by inhaling respiratory droplets in the air. When a person with COVID-19 coughs and sneezes, tiny droplets leave their mouth and nose and go into the air. You can’t see these droplets. If you’re within 6 feet of that person, you may breathe in those droplets. You won’t even know you’ve done it. But by doing that, you may get the germs that cause COVID-19 in your body.

COVID-19 also can be shared if you touch a surface an infected person has touched. Some examples include door handles, elevator buttons and shopping carts. The germs can get into your body if you then touch your eyes, nose, or mouth.

Who is likely to get Coronavirus (COVID-19)?

Most of the people who are getting sick with Coronavirus (COVID-19)9 are adults. While some children have become infected with it, too, most of them have had milder symptoms than adults.

If people 65 years old and older get Coronavirus (COVID-19), they’re more likely to have a severe case. Likewise, people who have health issues, such as heart disease, lung disease, and diabetes are also at risk of getting a severe case.

Around the world, more than 100,000 people (as of the date of this article) so far have had Coronavirus (COVID-19). In comparison, at least 22 million people in the United States have had influenza this season.

It’s easy to feel overwhelmed and nervous when thinking about Coronavirus (COVID-19). Here are some steps you can take to keep your stress under control.

Questions to ask your doctor 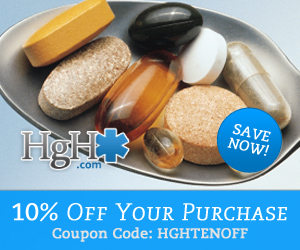